If it is to comprise all the airlines’ interpretations of non-refundable tickets, these are basically “sale” airline tickets that can’t be changed or returned for the full amount of money that you paid for them.

What’s the difference between non-refundable and refundable tickets?

If you purchase airline tickets that are stated as refundable, you will be able to reimburse the full amount in case you want to cancel your flights. It is to be pointed out that some airlines’ policies will require the purchasers to pay a service fee in order to cancel the flight. So, in that case, you may end up not getting the full refund of your refundable ticket.

Non-refundable plane tickets, however, can’t be returned for the full paid price. In some cases, airlines could accept canceling or changing the non-refundable fares but would give a partial refund in form of a voucher instead. Other air carriers would make credit card or cash reimbursements, but that’s rarer. And even if you might be eligible for any form of a refund, you might find yourself paying a change fee or other processing charges.

The short answer is, yes. Flight tickets have a certain set shelf time and their prices fluctuate according to the market demand and supply, as well as other unpredictable variables. Thereafter, if every customer returned or changed for a full refund, airlines would have to raise their prices across the entire board as a way to get accounted for the risk. And that’s why non-refundable tickets are always the cheapest ones proposed by an airline.

As mentioned before, travelers who need to cancel their non-refundable flights might get partial airline vouchers instead, and rarely cash or credit card refunds that are coupled with substantial processing fees that would lower the original purchase value. All of this fully depends on the airline’s plane ticket refund policy but also other factors like customer loyalty or particular fare class.

Highly discounted tickets are usually classified as basic economy and, as a rule, these can’t be returned nor changed, with no exceptions. But, as the DOT’s 24-hour rule was adopted, travelers are able to make changes or cancel their flights within 24 hours from when the purchase was made.

How to change non-refundable airline tickets without paying fees?

It depends entirely on the airline’s policy whether or not you have to pay the change or cancel fee if you get decided to alter or cancel your ticket. But it also depends on some particular circumstances. For instance, the death of someone dear to you may be enough for the airline to waive the cancellation fee. The process though isn’t always easy, usually going hand-in-hand with the necessity to provide some kind of evidence that caused the creation of that circumstance.

Another example when the airline may waive the change or the cancellation fee is when it alters your flight time (at least one hour before or after the scheduled time). The same goes for canceled flights by the airline and flights that are delayed for more than the time mentioned in the airline’s plane ticket refund policy.

In case your flight experiences some alterations like it is being canceled or delayed, the airline should call you so that you can make changes to the flight for a little charge or no charge at all. In case the airline doesn’t call you, you should get in touch with its representatives and ask directly for a refund if you are willing to do it.

Missing, canceling and not showing up for non-refundable flights

Travelers with non-refundable fares who miss their flight for reasons beyond their control, like delayed connections or bad weather conditions as usual aren’t charged any change or cancel fees. They can also be offered a standby ticket for the next available flight, but that is not a guarantee that they’ll arrive at the destination on time or via the initial itinerary.

In other cases, when travelers can potentially control whether or not they will miss the flight, like oversleeping or showing up with an expired ID, they will likely be charged a fee for the flight modification.

Speaking of other cases, when travelers are late for the flight, for instance, airlines can provide them with a standby slot for the next flight if they make it to the airport in less than two hours from the missed flight.

As you can see, every particular case may be discussed with the airline and can end up very well for the passenger. The simple fact is that you should be prepared to provide evidence that you couldn’t be on time at the airport so that the airline waives the fee and provides you with an alternative solution.

If it is to compare not showing up at the airport and canceling the flight altogether, we’d suggest you proceed to cancel it for the sake of the negotiation.

The cost of rescheduling non-refundable flights, both for canceling and changing them, depends on the airline, itinerary, cabin class, loyalty program, timeframe, and many other factors.

Here’s a gathered list of major airlines’ policies that might catch your interest. We suggest you pay close attention to the fact that different rules might be applied for award flights (those you purchase with your miles). So, it is better to get acquainted with the airline’s policy first before you purchase the flight.

Same-day change fee - Free
All flights change fee - Free. Depending on the initial value of the ticket, you would only have to pay the fare difference.
Cancelation policy - Free for all the cabin classes. 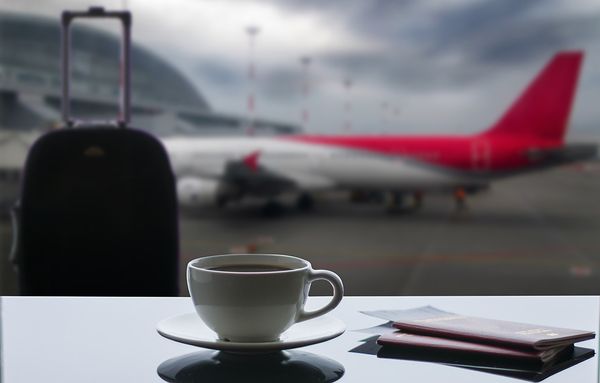 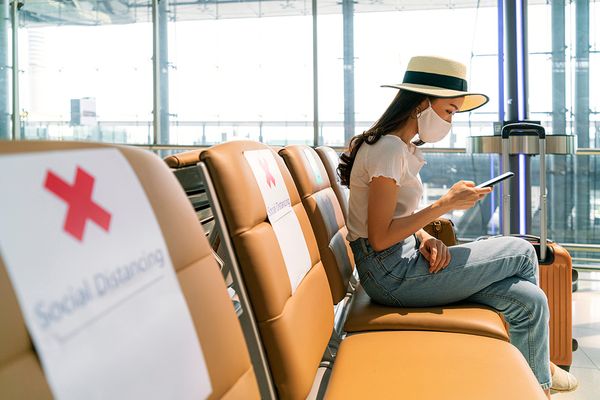 Soon air travel will be restored but, as expected, it won't be the same. To sustain the safety regarding every process on the ground and inflight, organizations like IATA and ACI have elaborated a number of biosecurity measures that have to be respected. Learn about them in the blog post.

Airflyby.com Travel Blog
—
What Non-Refundable Tickets Are & How Do They Work?
Share this